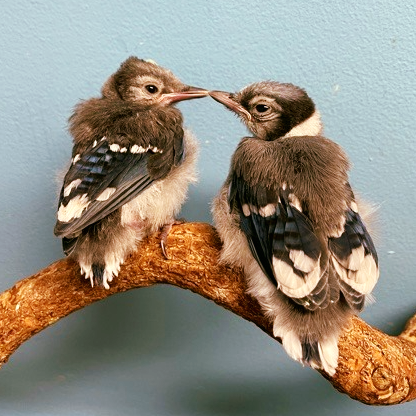 Updated 9/2/21: from NJ Division of Fish and Wildlife

Occurrences of the mysterious songbird illness and mortality event originally reported in New Jersey in June have been steadily declining in the state. Therefore, the Division of Fish and Wildlife is no longer recommending discontinuing use of bird feeders and baths for residents that had sick or dead fledglings or hatchlings on their property. The recommendation was initially issued as a precaution to minimize the spread of the still unknown cause of the songbird mortality event.
The following procedures are recommended for resuming use of bird feeders and baths:
• Thoroughly clean bird feeders and baths with a 10% bleach solution and clean weekly thereafter.
• Remove bird feeders and baths if sick or dead birds are observed and clean thoroughly.
• Avoid handling wild birds. Wear disposable gloves if it is necessary to handle a bird.
• If a dead bird is found on your property it should be double bagged and disposed of in your regular garbage. Report the finding using our online reporting form.
• If a sick bird is found, it is recommended that resident’s report the finding using our online reporting form and contact either local animal control or a wildlife rehabilitator for further care.
• Keep pets away from sick and dead wild birds. This is a precaution as there have been no reports of pets contracting this disease in the impacted states.
Since late May, wildlife agencies and wildlife rehabilitators in more than 10 states and Washington D.C. have responded to public reports of sick and dying songbirds. Affected birds typically exhibit symptoms including eye swelling and squinting, crusty discharge around the eyes or neurologic symptoms such as erratic flight and stumbling, often followed by the death of the bird. Juvenile birds have been most impacted in New Jersey, with European starlings, blue jays, northern cardinals and American robins the most reported affected species.
Investigating agencies and organizations continue working with animal diagnostic laboratories to identify the cause of this illness. While the cause of the mortality event is not yet known, none of the following pathogens have been detected in sick or diseased birds to date: Salmonella and Chlamydia, avian influenza virus, West Nile and other flaviviruses, Newcastle disease virus and other paramyxoviruses, herpesviruses and poxviruses and Trichomonas parasites. No human health, domestic livestock or poultry issues have been reported in association with the bird mortality event.
The NJ Division of Fish & Wildlife continue to ask residents to report findings of sick or dead fledglings or hatchlings using our online reporting form.
To submit a report, visit: www.njfishandwildlife.com/news/2021/birdmortality21.htm
Updated 7/28/21
The songbird morbidity/mortality event that New Jersey Fish & Wildlife reported on June 24, 2021 continues in nestling and fledgling songbirds in the mid-Atlantic. Since mid-May, numerous young birds – mainly blue jays, starlings, and common grackles, but also robins and cardinals – have been found with eye and neurologic issues, and in some cases these birds have been found dead in large numbers. The cause has yet to be determined.
Some (but not all) of the affected birds are showing neurologic signs consisting of head tremors, leg paresis (partial paralysis or weakness), ataxia (falling to the side) or inability to stand at all, and excessive vocalizations. Also, most of the birds are in good body condition—likely still being fed by their parents.
If you observe birds with any of these symptoms or find dead birds on your property, please fill out the bird morbidity/mortality report form.
These reports will help them better understand the cause and scale of this issue in New Jersey. If you find a live bird that appears sick, please contact your local animal control or one of the NJ permitted wildlife rehabilitators, such as Woodford Cedar Run Wildlife Refuge.
At this time, NJ Fish & Wildlife are no longer collecting birds as they await additional testing. If you find a dead bird, it is therefore recommended that you wear gloves and double bag the bird and dispose of it in your regular garbage. Bird baths or feeders should also be cleaned and removed, if you find sick or dead birds on your property. Some states are recommending removing bird baths and feeders until further notice.
Posted 6/30/21
NJ Division of Fish and Wildlife has announced a new morbidity/mortality event that is happening among nestling and fledgling songbirds since mid-May. This unidentified illness is mainly affecting Blue Jays, Starlings, and Grackles. It has also started to appear in Robins and Cardinals. The event’s epicenter appears to be Washington, D.C., but it also extends to the Southeast and eastern upper Midwest. Cases are now starting to be seen in New Jersey.
Symptoms of affected young birds include tremors, inability to stand or lack of balance, excessive vocalizations, and eye infections. Birds may have one or all symptoms. Unfortunately, there is not a known cause for this illness to date. Most of the babies are in good body condition because they are still being fed by their parents.
If you find sick or deceased birds in your yard, please call your local wildlife rehabilitator for advice. Also, to reduce transmission to other birds, please remove bird feeders and water baths if dead or sick birds are found on your property. Clean these thoroughly and allow to air dry. At this time it is being assumed that it is infectious between the affected avian species.
Please share this critical information and thank you for helping your local wildlife!
Woodford Cedar Run Wildlife Rehabilitation Hospital, call 856-983-3329 x 107, helping rehabilitate New Jersey’s native wildlife back into the wild.
SHARE THIS Share on FacebookShare on TwitterShare on LinkedinShare on PinterestShare on Reddit

Sep
16
Thu
all-day Raptors and Reptiles: free with ...
Raptors and Reptiles: free with ...
Sep 16 all-day
Enjoy a special day of programs at the refuge. We will present Raptors and Reptiles at 11am and 1pm. All ages welcome. Program included with the price of admission. **... More →
Sep
17
Fri
7:00 pm Night Hike
Night Hike
Sep 17 @ 7:00 pm – 8:30 pm
Experience the refuge in an exciting way, at night! Enjoy a guided hike at night to visit nocturnal habitats that are home to owls, raccoons, opossums and other wildlife that... More →
Sep
19
Sun
10:00 am Autumn with the Animals Festival
Autumn with the Animals Festival
Sep 19 @ 10:00 am – 3:00 pm 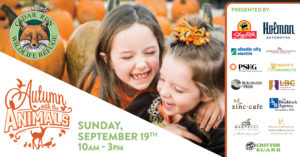 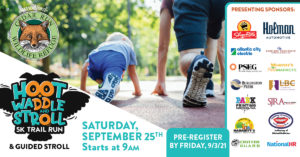 Run for a cause this fall in our 8th annual 5k Trail Run, going through our trails & Wildlife Enclosure Area. Run, walk or waddle on the same course with... More →
Oct
1
Fri
6:30 pm Night Hike
Night Hike
Oct 1 @ 6:30 pm – 8:00 pm
Experience the refuge in an exciting way, at night! Enjoy a guided hike at night to visit nocturnal habitats that are home to owls, raccoons, opossums and other wildlife that... More →
View Calendar