Wildlife Rehabilitation Hospitals around the country, including Cedar Run, have been dealing with the outbreak of Highly Pathogenic Avian Influenza (HPAI) for nearly a year.  Historically HPAI had mostly affected poultry, but this year’s strain has been seen in numerous wild species of birds.  From the start we knew that the effects could be potentially devastating to a center like Cedar Run.  While waterfowl can carry the virus asymptomatically, hawks and owls are known to die within days of exposure.  With so many raptor resident ambassadors and patients, our team has been working diligently to ensure their safety during these unnerving times to protect all of the wildlife that rely on us for care. 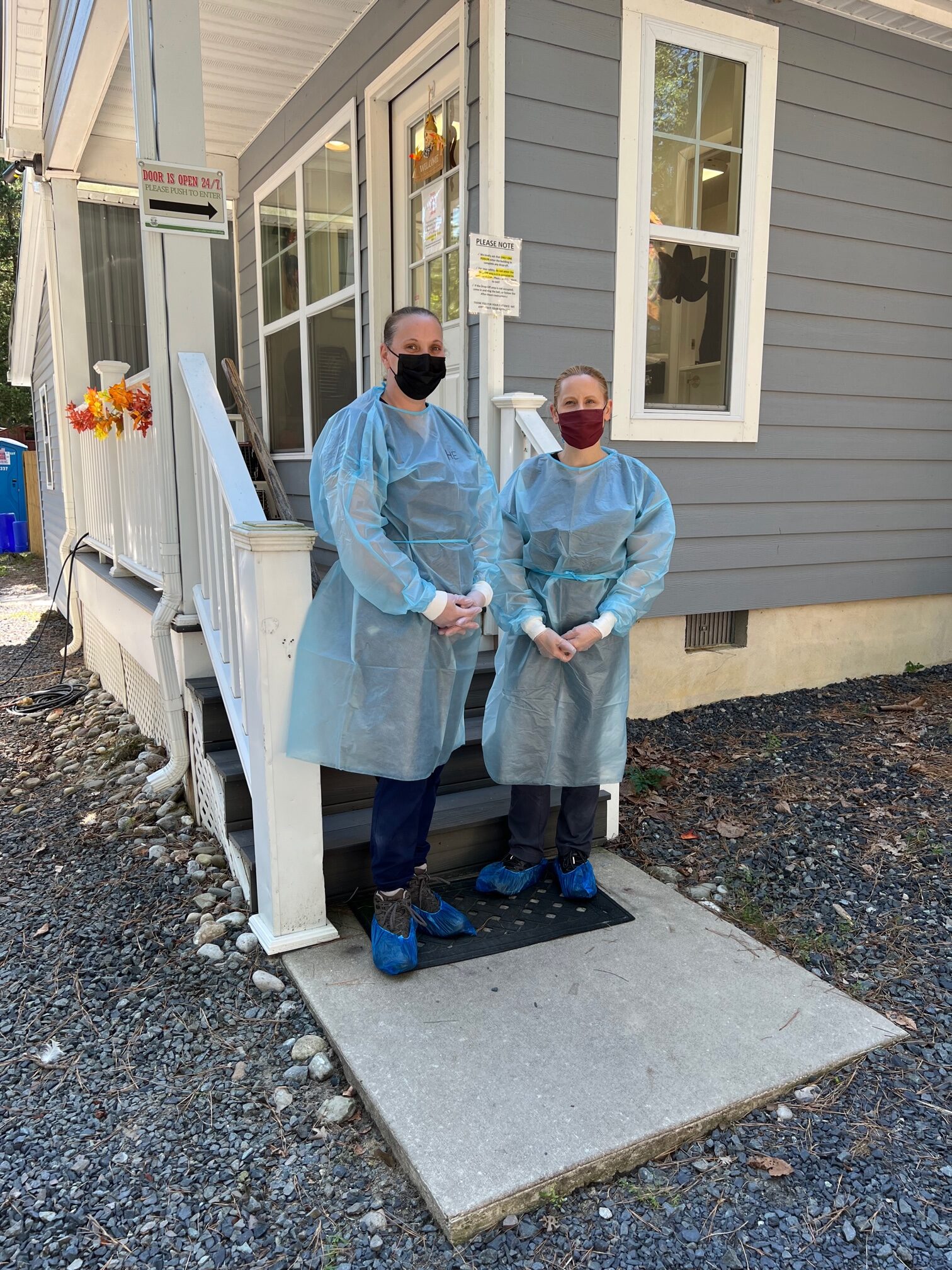 In the beginning, our governing agencies were hopeful that the virus would die down once temperatures heated up for the summer like other influenzas.  Wildlife Rehabilitators anticipated getting back to normal during our busiest time of the year.  Working under our self-imposed and necessary HPAI protocols, our

animals were split between buildings and temperature-controlled sheds to keep susceptible species away from likely carriers such as Canada Geese, Mallards, etc.  These protocols required staff to be separated into various sections and tasks were reassigned to specific volunteer/intern/staff groups to reduce the possibility of transfer.  Each building, whether it was our main Wildlife Hospital or our HPAI quarantine zones, required separate linens, dishes, medical equipment, buckets, trash cans, etc.  Footbaths of disinfectant were placed at all doors and a barrel of disinfectant was purchased to accommodate refreshing the footbaths multiple times a day.  In general, biosecurity was taken to an extremely high level and every action had to be thoroughly considered before it was taken, making each task take longer.

In a recent meeting with our governing agencies, we were told that HPAI is here to stay.  According to the European Food Safety Authority, European nations have been dealing with a strain of HPAI since 2016 with no end in sight, and they predict that it may now be endemic in their wild bird population.  As with most viruses, the hope is that populations will develop immunities and that the virus will mutate into a less problematic strain for our wild species.  This could take years, and over time more species are being found to be susceptible, including some mammal species.  Currently, the most negatively affected avian species around the country are Black Vultures, but other species such as Bald Eagles, Canada Geese, various raptor species, etc. are also affected.  Black Vultures especially have been found already deceased in large numbers.  The mammals that have been found to be susceptible are mostly Striped Skunks and Red Foxes, though it has also been detected in American Black Bear, Harbor Seals, Virginia Opossums, Raccoons, etc.

As the HPAI epidemic progresses, our Wildlife Rehabilitators must continue to be flexible with biosecurity measures.  Luckily, flexibility and ingenuity are two critical components to being a Wildlife Rehabilitator.  We are a profession of problem-solvers and will put this quality towards ensuring that we are doing our best to keep our animals safe, both resident and patient.  It is important to Cedar Run to be able to continue to provide our critical resources to our community and to our wild neighbors, and so we continue on despite the uncertainty of the future of HPAI.  For more information regarding the current HPAI data, please check out the resources below:

Thank you for caring about our wildlife.